On December 16, employees with the City of Early stood on Carnegie Street for one hour to collect money for Toys for Kids during KOXE’s “Two Stepping for Toys” event. During that one hour, $1,197.01 was raised, a record high for the City of Early according to Denise Hudson, the Director for Visit Early. The city has been participating in the event for 4 years now. “The guys really enjoy collecting money for ‘Toys for Kids’ each year. They will make it into a competition of who can collect the most money. They’ll call everyone they know to come give.” Denise stated.

“Two Steppin’ for Toys” at KOXE is just one of many places that people have been able to drop off toys and money for “Toys for Kids.” The City of Early also took many toys to Wendlee Broadcasting, another drop of location in the county. “Giving during this time of year is selfless and a part of being a public servant. It’s a way to serve your community.” Said Denise.

Many other locations are available to people all over Early and Brownwood making it easy to give and this year being hit with a pandemic has made giving more needed than years past. “So many families are without jobs because of COVID-19 so giving is highly important as many kids will go without gifts for Christmas.” Said Wanda Thacker Martin, the Director and Co-Founder of Toys for Kids.  “We have seen increased numbers in toys and money this year. Many businesses have increased their giving because they saw a need and we are so blessed to live in such a giving community.” Wanda added.

Wanda and her late husband founded Toys for Kids in 1997 and have made a very large impact on the Cities of Brownwood and Early. There are currently a record number of bicycles at Grand Starz this year as people have given 104 bikes so far. “We are thankful and hope that every child that wanted a bike for Christmas will get one.” Wanda stated.

Parents are still able to register for Toys for Kids until tomorrow December 18th. Then on Saturday, parents will come in, put some gloves on, walk through Grand Starz and pick out toys for their children. If you are someone who would like to register to pick up toys for your little ones, you can register at Grand Starz on Belle Plaine in Brownwood. If you are someone that would like to drop off toys, you can drop off directly at Grand Starz or at one of the various drop off locations, the Early Police Department being one of them.

“We just hope that we make a difference in the lives of these kids.” Said Wanda. 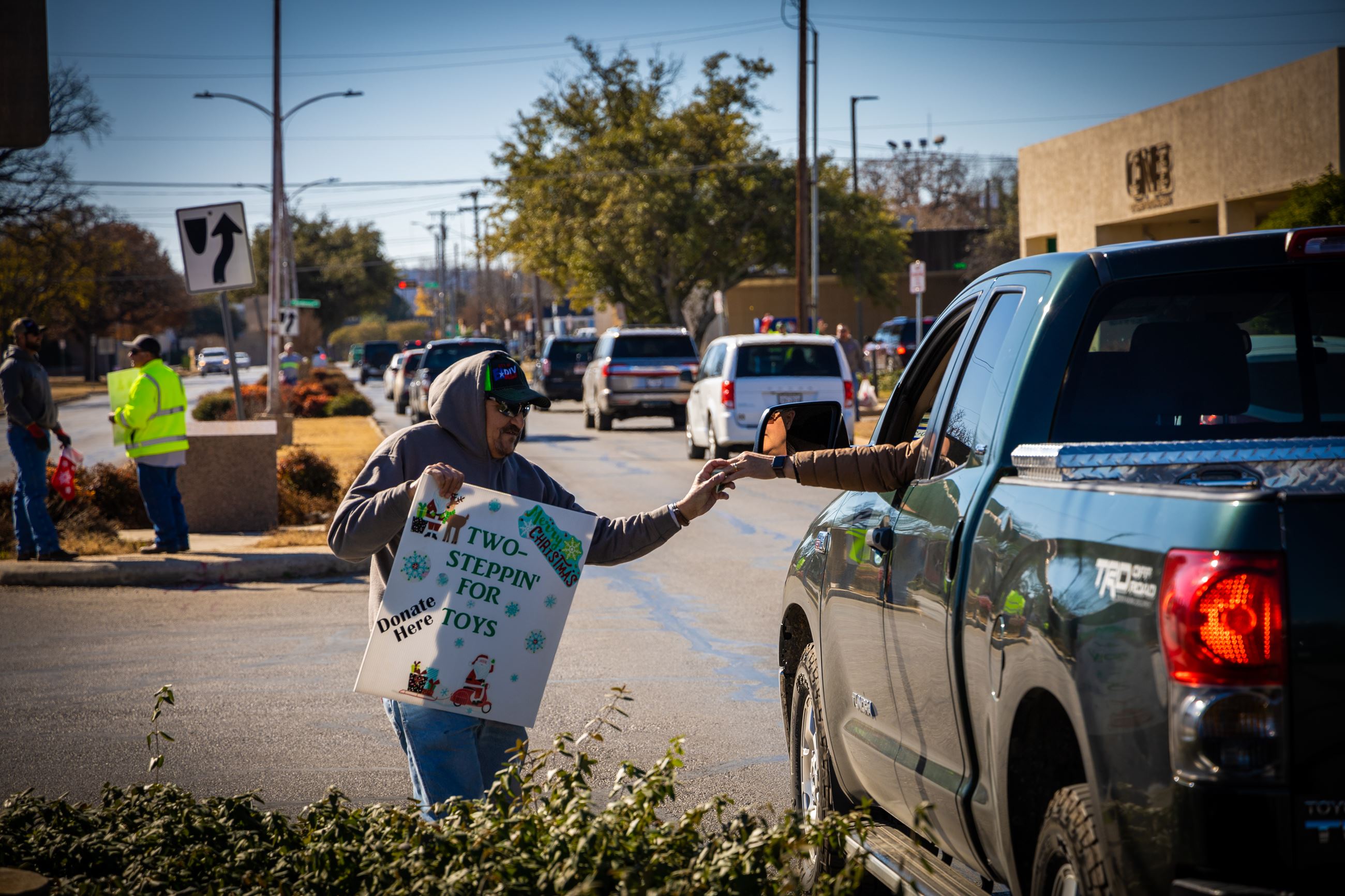